Servitization: Moving Beyond Bits and Bytes for Better IIoT Outcomes 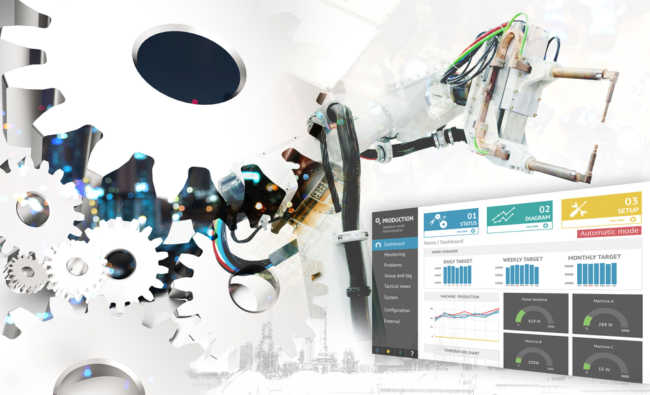 Servitization: Moving Beyond Bits and Bytes for Better IIoT Outcomes

IIoT has often been presented as a cost-saving mechanism or a means to make factories more productive. It is all that, of course. But the benefits of IoT don’t end there since they allow for the “servitization” of products. Products used to be complete once they left the factory floor. A car, a tractor or a washing machine didn’t evolve after that point.

Software changed all that. A Tesla that leaves a factory in 2018 is a work in progress since its software can be updated on the fly. Thanks to IoT, many formerly “dumb” machines and appliances are now “smart,” meaning they have a software component that can be updated over time.

This addition of malleability has changed the role of the manufacturer. Such manufacturers now have the opportunity to continue a relationship with the customer. In the B2B realm, they can act as a consultant, helping businesses find new solutions and react to challenges as they present themselves. Research shows that OEMs usually have an 8-15 percent margin on new product sales. But providing aftermarket service can generate up to 8X that revenue. Manufacturers are just starting to grasp this possibility, which is a game changer for their businesses.

Manufacturers who have become service providers

Philips is known, among other things, for its light bulbs. Though light bulbs are one of the world’s great innovations and has improved the lives of billions of people, in 2018 it’s not a very exciting product.

But a few years ago, Philips realized that it wasn’t just selling light bulbs anymore. IoT meant that the company could help building managers cut their energy use by up to 70 percent via a wireless connected lighting system. That was the birth of Philips Lighting as a Service, a managed service that lets such building managers cut their electric bills with no upfront investment.

In another example, an industrial tire maker can add impact sensors to its product. The sensors provide data that the tire maker can use to offer predictive analytics and sell it on a subscription basis. For fleet managers, such data can be a real cost-saver, allowing them to avoid costly blowouts and ensure that the tires are operating at peak performance.

Look around and such opportunities abound. Rolls-Royce, for instance, sells jet propulsion as a service. Rolls-Royce uses big data from IoT sensors to proactively predict when the engines will need maintenance. This has helped extend the life of its engines by 2X. It has also allowed the company to draw 50 percent of its revenues from services. A decade or so, services accounted for just 10 percent of revenues.

Technologies that underlie IoT like sensors and data collection allow manufacturers to do what many software companies did in the last decade or so: become service providers. Software used to be installed on premise and bought on a contract basis. SaaS is more like a utility that users can cancel at will. If users like the service, SaaS providers can count on a recurring revenue stream. Data about how customers use the SaaS products helps providers constantly improve it and come up with new business models.

SaaS’s recurring revenue model also generates long-term profits and helps predict future growth and profits. This predictability is one reason that investors have warmed to SaaS.

IoT allows manufacturers to take a similar turn. The market has illustrated that consumers are willing to sign up for subscriptions if they save them money or make their lives easier. For those undertaking a smart manufacturing journey that means that when their product rolls off the assembly line, that’s no longer the end but just the beginning of a new and fruitful relationship with the customer.

Vinay Nathan is Cofounder & CEO at Altizon, a global IIoT (Industrial IoT) platform company. He is a strategic thought leader with 15+ years of global expertise in corporate sales and engineering. Vinay holds three patents in the US and four globally pending patents on work related to USB, wireless and security code. He holds a Master’s degree in Computer Science from the University of Southern California, LA and a Bachelor’s degree in Computer Engineering from the University of Pune.